Q1 2022 saw continued decreases across a range of metrics we track. 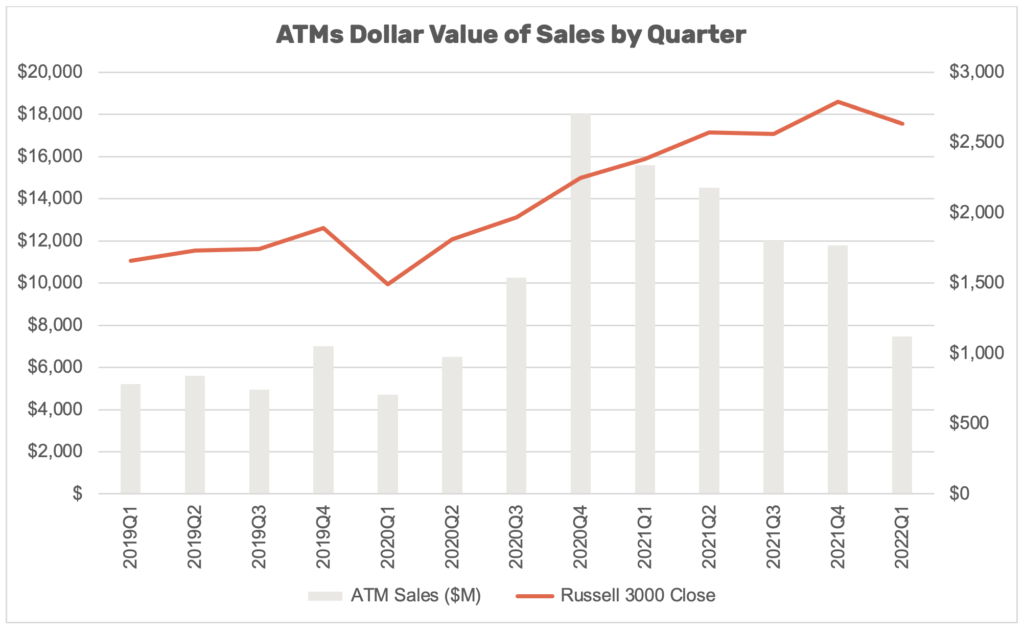 No. of Companies Selling Via ATM Programs Dips -20%

87 plan initiations and increases significantly lower than Q4’21. 70 companies initiated new ATM programs while another 17 increased existing programs. The combined figure of 87 is -31.5% lower than the prior quarter and -53.0% lower than the combined amount of companies who increased or initiated ATMs in Q1’21. The market-wide record of 185 was set in Q1’21 and the average from 2019 was 78.

About the ATM Data

VerityData captures ATM activity disclosed within 10-Ks, 10-Qs, as well as updates provided in 8-Ks and prospectus filings. Calendar Q4’21 ATM data may not reflect all activity due to fiscal calendars used by some corporations. Situations where ATM sales aren’t granular and cover two or more quarters are recorded in the more recent quarter (ex. ATM sales from “December 2021 to January 2022” are accounted for in Q1’22).

4 Reasons Why Funds Stumble Toward a Solid ESG Investment Process

Find out how funds are navigating the labyrinthine world of ESG & impact investing with process and workflow improvements.