The S&P 500 aggregate buyback value increased 4.4% from the prior quarter and soared 56.3% year-over-year to a new record high. The $263.5B in S&P 500 repurchases accounted for 84.5% of all buybacks, lower than the average of 89%.  Volume will likely rise slightly higher as the remaining companies who have offset fiscal calendars report quarterly activity that lines up with Q1’22. 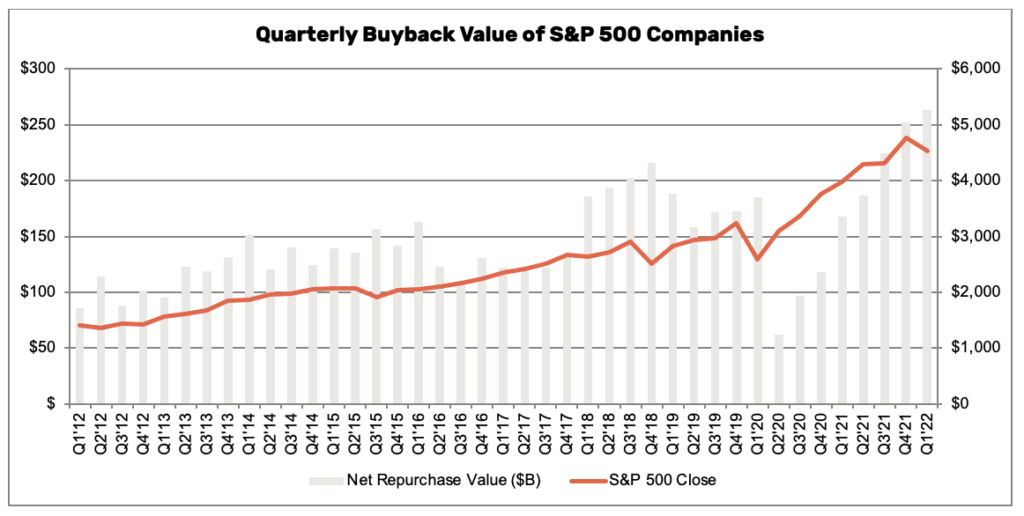 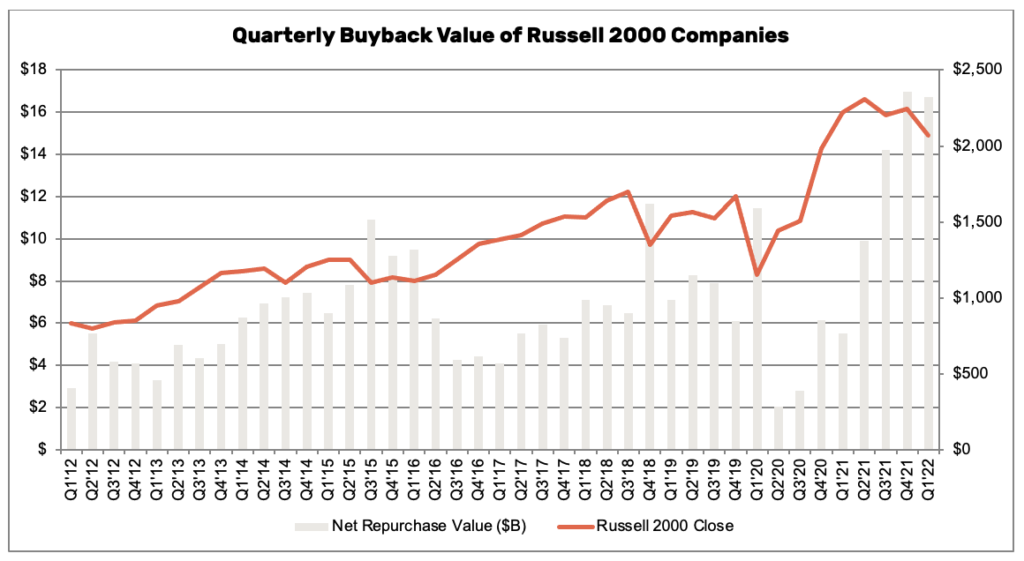 Number of Companies That Repurchased Stock Up 5% QoQ

A total of 1,228 companies repurchased shares in Q1’22, a 5.3% quarter-over-quarter increase. The breadth of buybacks has been continuously increasing for several quarters in row and is now elevated, reaching the highest level since Q1’20, when nearly 1,400 companies bought back stock. The percentage of companies with open buyback authorizations that repurchased shares was 54% in Q1’22, extending the multi-quarter rise which is now above the 2019 average of 44% for the first time post-COVID.

A total of 265 companies initiated new buyback plans in Q1’22 and another 136 increased existing plans. The combined figure of 401 is a -11.8% change from the 455 in Q4’21. The latest combined amount for Q4’21 is above the norm of ~300 combined initiations and increases per quarter in recent years.