Market volatility offered buyback opportunities and many companies took advantage of it. While the dollar value of buybacks fell quarter-over-quarter, more companies executed buybacks in Q2’22 than in any other quarter on record except Q1’20 (when the pandemic hit) and buybacks at Russell 2000 companies hit an all-time high.

Approximately 57% of the net decline in buyback volume came from the Financial sector, as several banks ceased buybacks early in the quarter to shore up capital reserves. Note that the major banks are largely methodical, not opportunistic, with buybacks due to Federal Reserve rules. 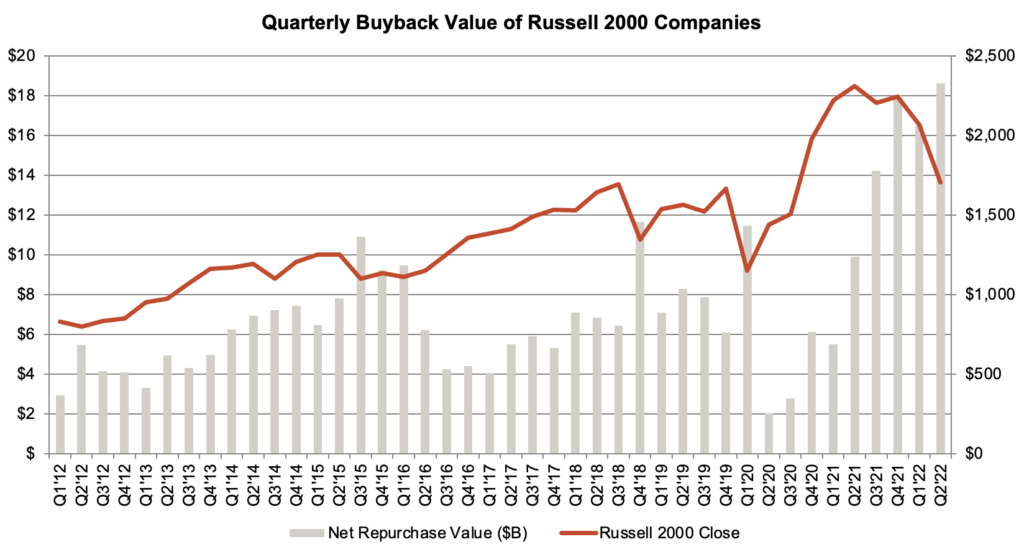 Buyback participation in Q2’22 was near record level as plan utilization remained elevated. A total of 1,323 companies reported repurchases for Q2’22, 4% higher than the prior quarter. The breadth of buybacks has been continuously increasing for several quarters in row and is now elevated, reaching the highest level since Q1’20, when nearly 1,400 companies bought back stock. The percentage of companies with open buyback authorizations that repurchased shares was 58% in Q2’22, extending a multi-quarter rise. Meanwhile, a total of 197 companies initiated new buyback plans in Q2’22 and another 159 increased existing plans. The combined figure of 356 is a -12.7% change from the 408 in Q1’22.

Small-cap companies have done a better job historically of accelerating buybacks into weakness, as compared to large-cap companies. 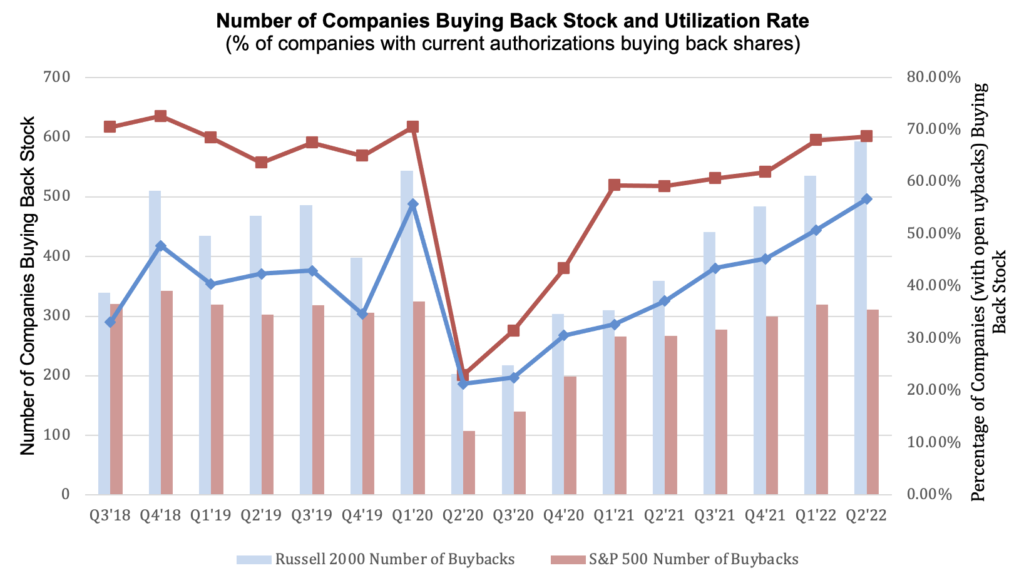 Buyback tax of 1% will likely have little impacts on aggregate volume. The Inflation Reduction Act that was signed into law on August 16 includes a 1% excise tax on buybacks beginning 2023. At 1%, the willingness and calculation of whether to buy back shares will only change minimally. Some companies may try to save 1% and front-load buybacks into 2H’22 instead of Q1’23, so volume may pick up slightly. See our recent Insights piece on the subject.

[Watch] How to Get Compelling Investment Ideas From Buyback Data